Let The Devil Out: A Maureen Coughlin Novel 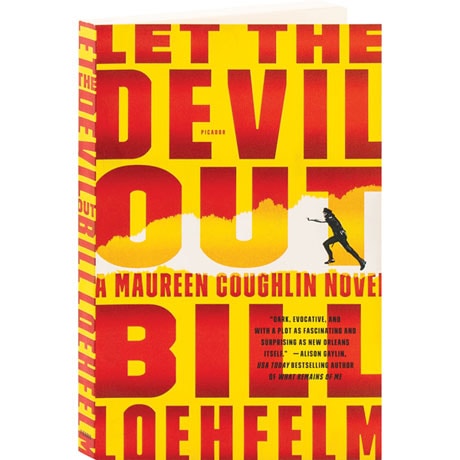 Let The Devil Out: A Maureen Coughlin Novel

New Orleans beat cop Maureen Coughlin is tough and naive, street-smart and vulnerable?and, way too often, reckless. Just a rookie, she's already been suspended from the force, following the events of book three, Doing the Devil's Work. And things are about to get worse. The FBI is in town on the trail of a ruthless anti-government militia group, the Watchmen Brigade. Nobody in the NOPD wants any part of working with them. Guess which suspended rookie is told she doesn't have a choice? With the FBI and a white supremacist militia on the loose in New Orleans, the city is one big powder keg, and it's up to volatile, no-holds-barred Coughlin to save it.

"[Loehfelm] has also reenergized New Orleans as a setting for the best in crime fiction.... Edgy, dangerous, but pulsing with life. Maureen Coughlin is as good as it gets."—Booklist (starred review)