Nobody Move: A Novel 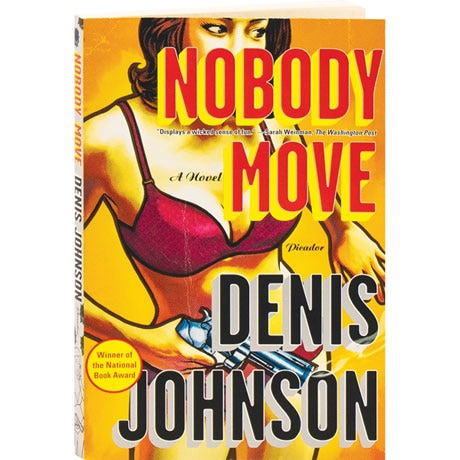 Nobody Move: A Novel

Jimmy Luntz is an innocent man, more or less. He's just leaving a barbershop chorus contest in Bakersfield, California, thinking about placing a few bets at the track, when he gets picked up by a thug named Gambol and his life takes a calamitous turn. In this novel by the author of the National Book Award winning Tree of Smoke, Jimmy owes Gambol's boss significant money, and Gambol's been known to do serious harm to his charges. Soon enough a gun comes out, and Jimmy's on the run. While in hiding he meets up with a vengeful, often-drunk bombshell named Anita, and the two of them go on the lam together, attracting every kind of trouble.