The Book Of Three: 50th Anniversary Edition: The Chronicles of Prydain Book 1 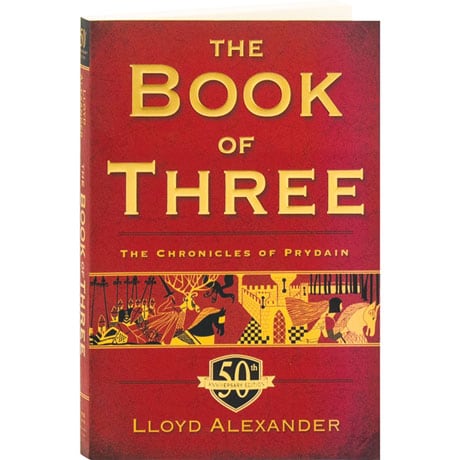 The Book Of Three: 50th Anniversary Edition: The Chronicles of Prydain Book 1

First published in 1964, this first of five novels in the Newbery Medal winning young adult series begins the adventures of Taran the Assistant Pig-Keeper, who finds himself on an unlikely quest to become a hero. He is joined by such engaging characters as Eilonwy, a strong-willed princess; Fflewddur Fflam, the hyperbole-prone bard; the ever-faithful man-beast Gurgi; and the curmudgeonly dwarf Doli—all of whom have become involved in an epic struggle between good and evil that shapes the fate of Prydain, a land inspired by Welsh legend. This Anniversary Edition is filled with bonus materials, including an author's note and interview, a Prydain short story, the first chapter of the next book (The Black Cauldron), and a pronunciation guide.