Magnus Chase & The Gods Of Asgard: The Sword of Summer: Book 1 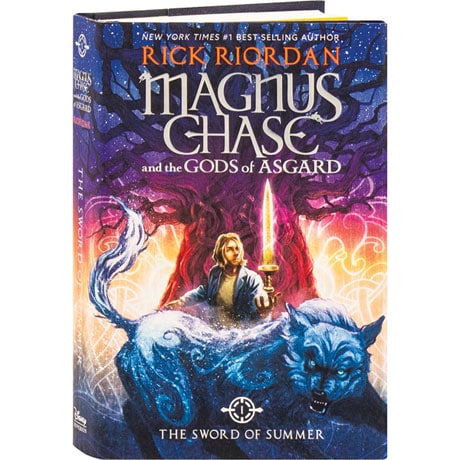 Magnus Chase & The Gods Of Asgard: The Sword of Summer: Book 1

Ever since that terrible night two years ago when his mother told him to run, Magnus Chase has lived alone on the streets of Boston, surviving by his wits. One day, he's tracked down by his Uncle Randolph, who has tells him an impossible secret: Magnus is the son of a Norse god. In this series debut for readers 9 to 12, the author of the Percy Jackson and the Olympians series depicts a world in which the Viking myths are true, and the gods of Asgard are preparing for war against trolls, giants, and even worse monsters. To prevent Ragnarok, Magnus must search the Nine Worlds for a weapon that has been lost for thousands of years, and in a moment of crisis he will make a fateful decision.