Can You Believe It?: A Hilarious Collection of Over 300 Twisted Facts to Make Your Toes Curl 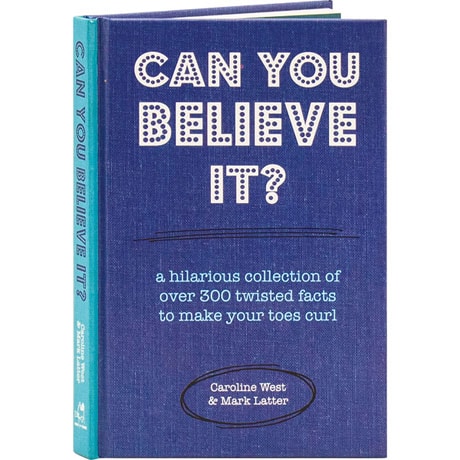 Can You Believe It?: A Hilarious Collection of Over 300 Twisted Facts to Make Your Toes Curl

You're more likely to die of an accident while building a sandcastle than from a shark bite. The average human sheds enough dead skin in their lifetime to fill 18 sugar bags. There are 37 trillion calls in the human body. And although a beheaded cockroach will live until it starves, the chicken known as Miracle Mike survived for 18 months despite not having a head. For those of us who like our trivia to be grimly funny, the 300 facts here include nuggets of information about natural disasters, sailors lost at sea, and quirky aspects of the animal kingdom—for example, the unimaginably weird (yet practical) reason that Komodo dragons vigorously shake their prey.