Harold And Jack: The Remarkable Friendship of Prime Minister Macmillan and President Kennedy 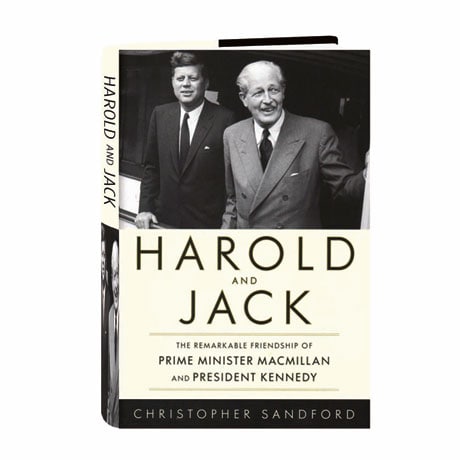 Harold And Jack: The Remarkable Friendship of Prime Minister Macmillan and President Kennedy

The friendship between British Prime Minister Harold Macmillan and President John F. Kennedy was an unlikely one, but it became a linchpin for their nations during the most dangerous days of the Cold War. Based on previously unquoted papers and private letters between both the leaders themselves and their families, Christopher Sandford reveals how these two very different men managed to bring order out of chaos in an age of precarious nuclear balance. Tracing the emotional undercurrents that linked Macmillan and JFK, Sandford offers new perspective on the Bay of Pigs debacle, the building the Berlin Wall, the Cuban missile crisis, and the serious disagreement between the two allies over the Skybolt nuclear deterrent, which almost caused a major rift in U.S.-British relations.