The Aviators: Eddie Rickenbacker, Jimmy Doolittle, and Charles Lindbergh and the Epic Age of Flight 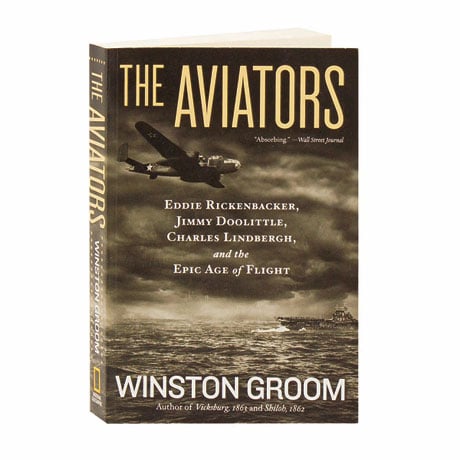 The Aviators: Eddie Rickenbacker, Jimmy Doolittle, and Charles Lindbergh and the Epic Age of Flight

When America was suddenly thrust into World War II, three of the nation's finest aviators set aside civilian life to return to the skies. James Doolittle, a brilliant aviation innovator, would lead the daring Tokyo Raid to retaliate for Pearl Harbor; Charles Lindbergh, hero of the first solo flight across the Atlantic, would fly combat missions in the South Pacific; and Eddie Rickenbacker, World War I flying ace, would bravely hold his crew together while facing near-starvation and circling sharks after his plane went down. Finding unexpected parallels between the three men, here the author of The Allies tells their intertwined stories, creating a vivid portrait of the Greatest Generation.