A Good Month For Murder: The Inside Story of a Homicide Squad 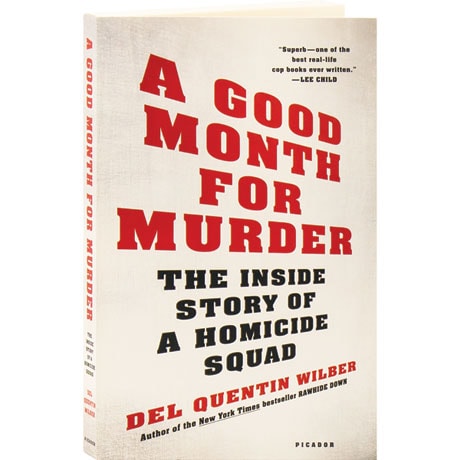 A Good Month For Murder: The Inside Story of a Homicide Squad

After gaining unparalleled access to the homicide unit in Prince George's County on the border of the nation's capital, Del Quentin Wilber begins shadowing these talented, often quirky detectives. After a quiet couple of months, February of 2013 finds every detective in the squad scrambling to solve one shooting and stabbing after another. Meanwhile, the entire unit is obsessed with a "red ball," a high-profile case involving a 17-year-old honor student attacked by a gunman who kicked down the door to her house and shot her in her bed. Setting aside the fictionalized preconceptions we may have about homicide detectives, Wilber offers a gritty and honest portrayal of this thankless profession.

"A rare snapshot of homicide investigation in action, from crime scenes through families' homes, interrogation rooms, and squad rooms…. Wilber gives the kind of detail that can only be acquired through intensive interviewing and observation…. A fascinating report written in a relentless, real-life noir tone."—Booklist (starred review)