Infidel Kings And Unholy Warriors: Faith, Power and Violence in the Age of Crusade and Jihad 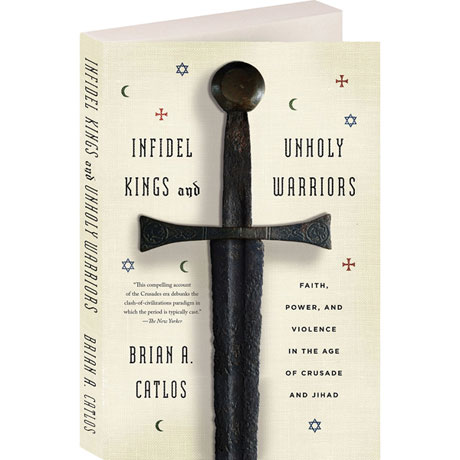 Infidel Kings And Unholy Warriors: Faith, Power and Violence in the Age of Crusade and Jihad

Our most basic assumption about the Mediterranean world during the Crusades is that it was defined by religious extremism. Making a radical reappraisal, Brian Catlos brings to light many figures who were accepted as rulers by their ostensible foes. Samuel B. Naghrilla, a self-proclaimed Jewish messiah, became the force behind Muslim Granada. Bahram Pahlavuni, an Armenian Christian, wielded power in an Islamic caliphate. And Philip of Mahdia, a Muslim eunuch, rose to admiral in the service of Roger II, the Christian "King of Africa." Suggesting that crusade and jihad were not causes of war but its justifications, Catlos argues that, then as now, politics were driven by a mix of self-interest, personality, and ideology.