My Beloved Brontosaurus: On the Road with Old Bones, New Science, and Our Favorite Dinosaurs 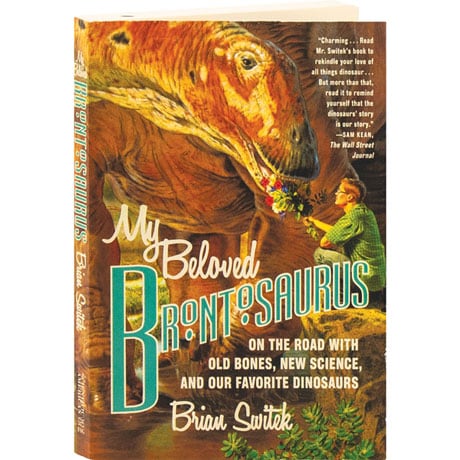 My Beloved Brontosaurus: On the Road with Old Bones, New Science, and Our Favorite Dinosaurs

Dinosaurs have become a fundamental part of our collective imagination, looming over museum halls, thundering through movies, and occupying a sacred place in many a childhood. National Geographic columnist and fossil fanatic Brian Switek here explores the childlike sense of wonder that these creatures instill in us, breathing new life into old bones as he visits desolate excavation sites and dusty museum vaults. Switek looks at everything from the sex life of Apatosaurus and T. rex's feather-laden body to just why dinosaurs vanished, while the book's titular hero, Brontosaurus—who suffered a second extinction when we learned he never existed at all—becomes a symbol of scientific progress.