The Other Eighties: A Secret History of America in the Age of Reagan 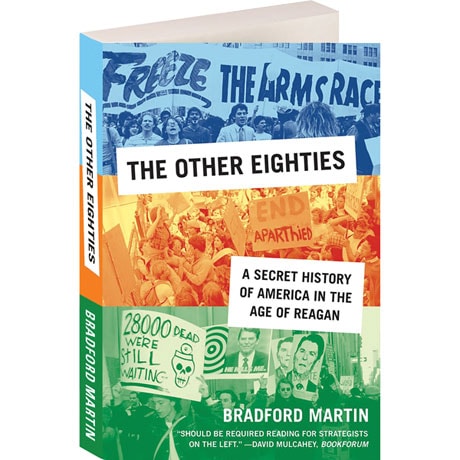 The Other Eighties: A Secret History of America in the Age of Reagan

The 1980s are often regarded as a golden age for conservatism, but a closer look reveals that a sizable swath of Americans strongly disapproved of Ronald Reagan's policies throughout his presidency. A weakened Democratic Party scurried for the political center, while activists often found themselves on the defensive, struggling to preserve the hard-won victories of the previous era. As Bradford Martin suggests here, this resistance did not usher in a new age of progressive reforms, but managed to quietly create change in areas from professional life to popular culture, while beating back an even more forceful political shift to the right.