The Weather Experiment: The Pioneers Who Sought to See the Future 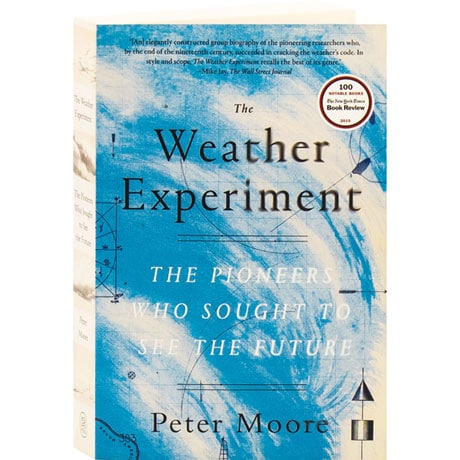 The Weather Experiment: The Pioneers Who Sought to See the Future

By the 1800s, a century of feverish discovery had launched the major branches of science, yet one scientific field remained in its infancy; despite millennia of observation, mankind still had no understanding of the forces behind the weather. Peter Moore offers here an account of a group of naturalists, engineers, and artists who conquered the elements in order to understand them. Chronicling an Age of Enlightenment adventure, Moore follows their travels and experiments, from Irish bogs to a thunderstorm in Guanabara Bay to the basket of a hydrogen balloon 8,500 feet over Paris.

"Moore is the rare science writer who can describe dew point so poetically you feel you're with him in a twinkling field of white clover on a cool summer morning. Moore's history is just as evocative, and full of wisdom for modern times."—NYTBR