Homelands: Four Friends, Two Countries, and the Fate of the Great Mexican-American Migration 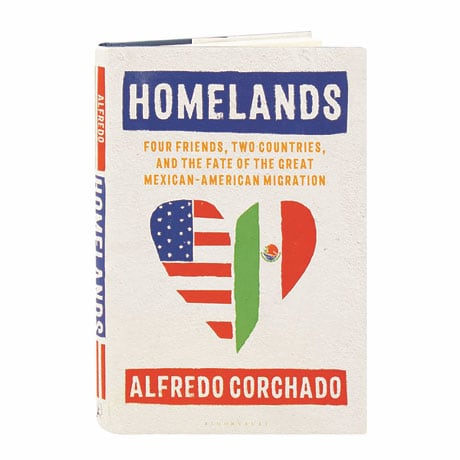 Homelands: Four Friends, Two Countries, and the Fate of the Great Mexican-American Migration

When Wall Street Journal reporter Alfredo Corchado moved to Philadelphia in 1987, he felt as if he was the only Mexican in the city, but in a restaurant called Tequilas, he connected with three of his countrymen: One was a radical activist, another a restaurateur, and the third a lawyer. Over the next three decades, the four friends continued to meet, coming together over their shared roots and their love of tequila. Blending the political and the personal, Corchado tells the story of this last great Mexican migration at a time when the Mexican population in the United States swelled from 700,000 people during the 1970s to more than 35 million people today.

"In addition to providing historical context for the current debate on immigration, this book is a timely and personal meditation on the concept of 'migrant' in the United States."—Publishers Weekly

"Corchado reports from across borders with the advantage of seeing the world with multiple perspectives. In the end, it's those who have the least who inspire Corchado the most. No matter where we call home, this book is an inspiration."—Sandra Cisneros