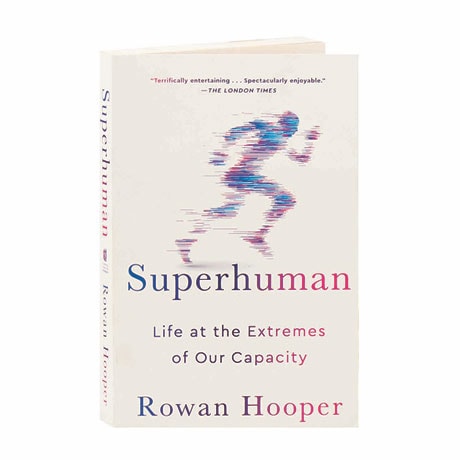 In 1997, an endurance runner named Yiannis Kouros ran 188 miles in 24 hours. John Nunn was accepted to Oxford University at age 15, the youngest undergraduate in 500 years. And Akira Haraguchi, a 60-year-old man in Tokyo, can recite pi to the 100,000th decimal point. What does it feel like to be exceptional? Why can some people achieve greatness when others can't, no matter how hard they try? Drawing on interviews with these "superhumans" and those who have studied them, evolutionary biologist Rowan Hooper assesses the science and genetics of peak potential, and his case studies here are as inspirational as they are varied, highlighting feats of endurance, strength, intelligence, and memory.

"Terrifically entertaining. Hooper is that precious thing; an easy, fluent, and funny scientist. The message from this upbeat, clever, feel good book is that we all have greater capacity than we realize. Spectacularly enjoyable."—London Times

"This is a scream, in several ways: it's highly entertaining, but it's kind of painful to realize I will never be superhuman. Dang, eh?"—Margaret Atwood