The Doomsday Machine: Confessions of a Nuclear War Planner 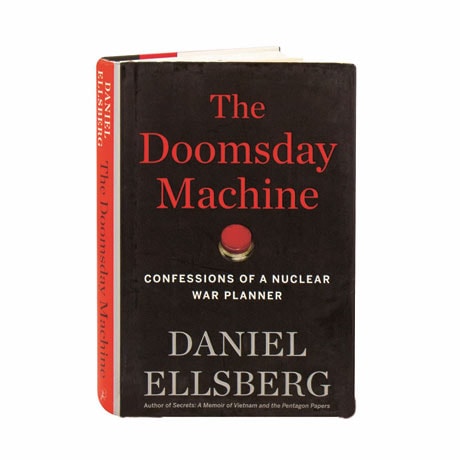 The Doomsday Machine: Confessions of a Nuclear War Planner

Best known as the whistle-blower who revealed the Pentagon Papers, former high-level defense analyst Daniel Ellsberg reveals here his shocking firsthand experiences with America's nuclear program in the 1960s. From the remotest air bases in the Pacific Command (where he discovered that the authority to initiate use of nuclear weapons was widely delegated) to the civilization-ending plans for general nuclear war under Eisenhower, Ellsberg shows that the legacy of this most dangerous arms buildup in the history of civilization—and its proposed renewal under the Trump administration—threatens our very survival. Shortlisted for the 2018 Andrew Carnegie Medal, Ellsberg's memoir is both a gripping exposé and a thoughtful guide to how we can avoid nuclear catastrophe.