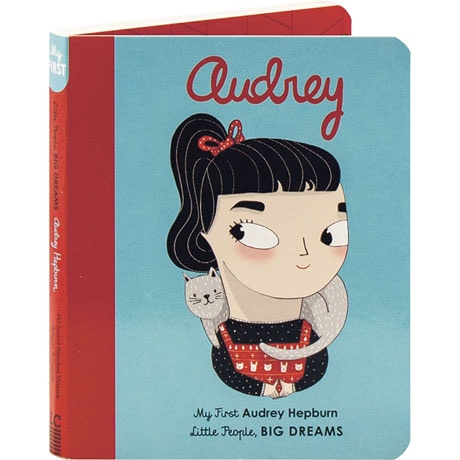 All children need role models, and this series presents the life stories of notable artists, scientists, and musicians whose eventual success began with childhood dreams of their own. Each book includes creative illustrations, a simple biographical text for readers 4 to 8, and additional facts for parents and older readers.

Growing up in the Netherlands during World War II, Audrey Hepburn later moved to London to study ballet. Smart, stylish, and sophisticated, she went on to star in plays and films, eventually becoming one of the most iconic actresses of all time. Using bright colors and clean lines, Amaia Arrazola decorates this biography with depictions of a cat-eyed Audrey in scenes that call to mind such classic films as Roman Holiday and Breakfast at Tiffany's.