Hemingway: The 1930s Through the Final Years 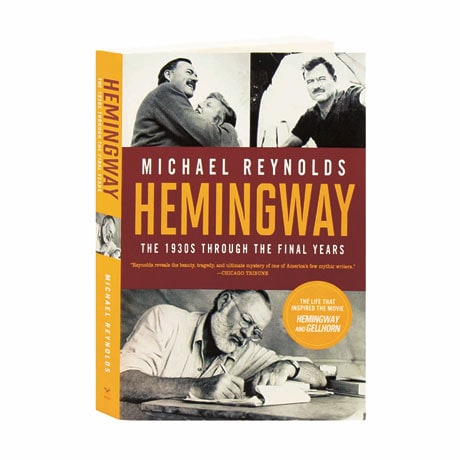 Hemingway: The 1930s Through the Final Years

Published to coincide with the HBO production Hemingway and Gellhorn starring Nicole Kidman and Clive Owen, this book combines the final two volumes of the landmark Michael Reynolds biography that began with the National Book Award finalist The Young Hemingway. It focuses first on Ernest Hemingway's passionate, competitive marriage to trailblazing journalist Martha Gellhorn, which was based on mutual delusion; he thought he was marrying a homebody with whom he could discuss his work, while she believed she was marrying a dashing war correspondent. Reynolds then takes us through the career triumphs and personal defeats of Hemingway's last years as he "becomes his fiction."