Being A Beast: Adventures Across the Species Divide 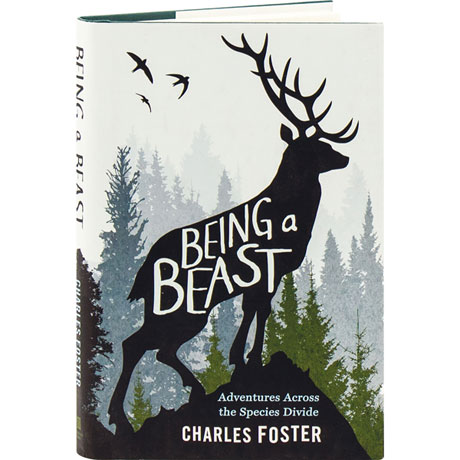 Being A Beast: Adventures Across the Species Divide

To test the limits of our ability to inhabit lives that are not our own, Charles Foster set out to know the ultimate "other"—animals. Foster lived alongside badgers for weeks, sleeping in a sett in a Welsh hillside and eating earthworms, learning to sense the landscape through his nose rather than his eyes. Mingling neuroscience and psychology, nature writing and memoir, Foster also details how he caught fish in his teeth while swimming like an otter; rooted through London garbage cans as an urban fox; was hunted by bloodhounds as a red deer, nearly dying in the snow; and even followed the swifts on their migration route over the Strait of Gibraltar.

"Spectacularly unconventional.... Steeped in scholarship, yet directed by his own quirky mysticism, Foster brilliantly takes on questions of animal consciousness, cognition, emotion and theory of mind."—NYTBR