The Road To Camelot: Inside JFK's Five-Year Campaign 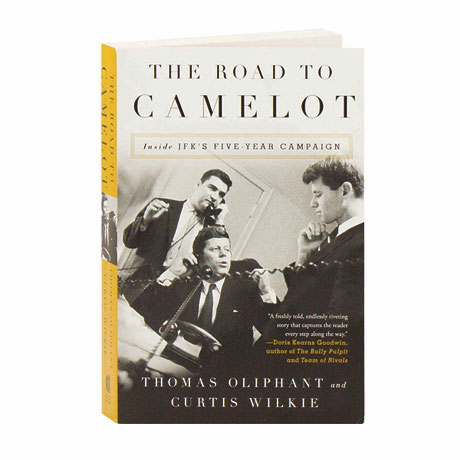 The Road To Camelot: Inside JFK's Five-Year Campaign

Four years before becoming president, John F. Kennedy made a bold, failed attempt to win the vice presidential nomination in 1956. As Tom Oliphant and Curtis Wilkie explain here, it was a fruitful learning experience for the young senator, who later hired Louis Harris—a polling entrepreneur—to become the first presidential pollster. Preparing for 1960, Kennedy and his team twisted arms and charmed, lining up party bosses, young enthusiasts, and fellow Catholics, turning the traditional party inside out. A tough, shrewd political strategist who kept his eye on the prize, JFK invented the idea of the Missile Gap in the Cold War and outmaneuvered Richard Nixon in the first televised debates.

"Two of our most gifted reporters have found the perfect subject to match their love of politics, their interviewing skills, and their literary talents. The result is a freshly told, endlessly riveting story that captures the reader every step along the way."—Doris Kearns Goodwin