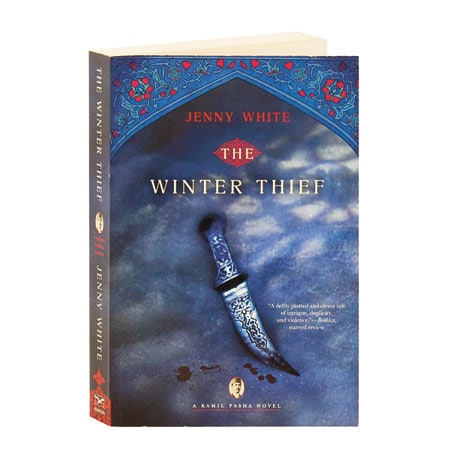 January 1888. Vera Arti carries The Communist Manifesto in Armenian through Istanbul's streets, unaware of the men following her. When the police discover a shipload of guns and the Imperial Ottoman Bank is blown up, suspicion falls on a socialist commune that Arti's friends organized in the mountains. In this third outing (after The Abyssinian Proof), Special Prosecutor Kamil Pasha contends with an adversary in the secret police who has convinced the Sultan that the commune is leading an Armenian secessionist movement and should be destroyed. Pasha must stop the massacre, but he finds himself on the wrong side of the law, framed for murder and accused of treason, his family and the woman he loves threatened.