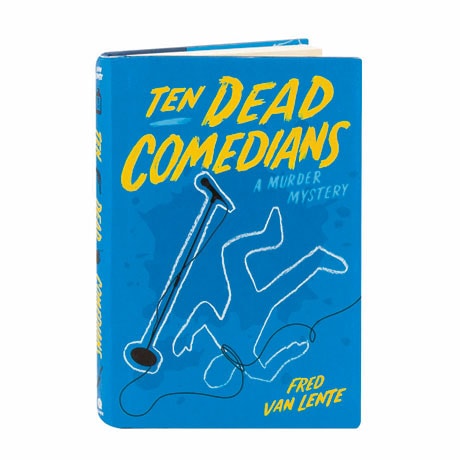 Nine comedians of various acclaim are summoned to the island retreat of legendary Hollywood funnyman Dustin Walker, in Fred Van Lente's debut novel. The group includes a former late-night TV host, a washed-up improv instructor, a ridiculously wealthy "blue collar" comic, and a past-her-prime Vegas icon. All nine arrive via boat to find that every building on the island is completely deserted, and they are marooned without cell phone service or wifisignals; worse, they are soon being murdered one by one. But in this darkly clever send-up of Agatha Christie—which includes monologues in the voice of each suspect—who is doing the killing, and why?