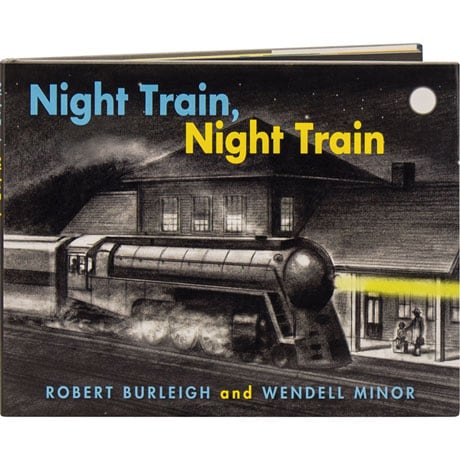 "Train ride! / Bump-bump. / Chug-chug. Slow. / Faster. Faster. / Off we go." Steam trains have lost none of their ability to capture the imagination, and here Robert Burleigh regales prereaders with a rhyming, lyrical text describing the sights and sounds of a nighttime journey from country to city on a passenger train in the 1940s. Burleigh's collaborator on Abraham Lincoln Comes Home, Wendell Minor, is also on board for this "nostalgic, Depression-era nocturne for train lovers" (Kirkus Reviews), making atmospheric use of graphite to dramatize a young boy's first experience with trains and capture the wonder of the rails.