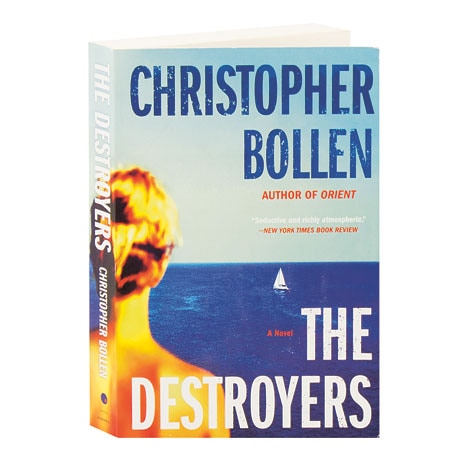 Arriving on the Greek island of Patmos broke and humiliated, Ian Bledsoe is fleeing the emotional and financial fallout from his father's death. His childhood friend Charlie—rich, exuberant, and basking in the success of his new venture on the island—could be his last hope. Enjoying Charlie's hospitality and reconnecting with a girlfriend, Ian finds the stability he needs, but, like Charlie himself, this beautiful island conceals a darkness beneath, and it isn't long before the dream begins to fragment. When Charlie suddenly vanishes, a deeply distraught Ian is reminded of an imaginary game called Destroyers they played as children—a game, he now realizes, they may have never stopped playing.

"A seductive and richly atmospheric literary thriller with a sleek Patricia Highsmith surface."—NYTBR