Discovering The Mammoth: A Tale of Giants, Unicorns, Ivory, and the Birth of a New Science 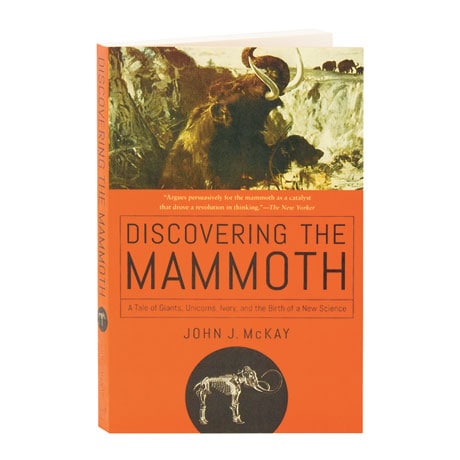 Discovering The Mammoth: A Tale of Giants, Unicorns, Ivory, and the Birth of a New Science

Long after the last mammoth died and was no longer part of our diet, this awe inspiring creature still played a role in human life. Cultures around the world interpreted the remains of mammoths through their own world view and mythology; the ancient Greeks knew they had discovered where the gods had vanquished the titans, and the Chinese thought they had found dragons' teeth. But as the Age of Reason dawned, monsters and giants gave way to the scientific method, and people wanted to know the truth about these remarkable skeletons. John McKay offers an engaging chronicle of this foundational contribution to paleontology, with a colorful cast of characters that includes Peter the Great, Ben Franklin, the inventor of hot chocolate, and even one pirate.