Conan Doyle For The Defense: How Sherlock Holmes's Creator Turned Real-Life Detective and Freed a Man 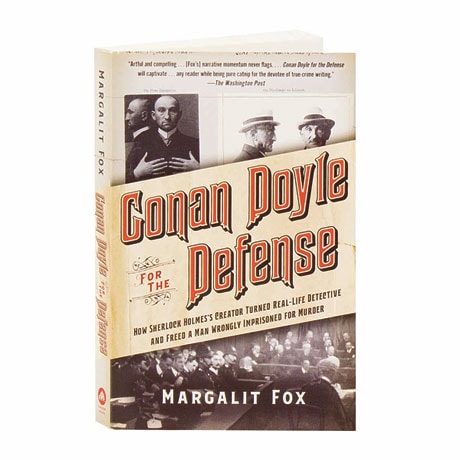 Conan Doyle For The Defense: How Sherlock Holmes's Creator Turned Real-Life Detective and Freed a Man

After a wealthy woman was brutally murdered in her Glasgow home in 1908, the police found a convenient suspect in Oscar Slater, an immigrant Jewish cardsharp. Though he was known to be innocent, Slater was tried, convicted, and consigned to life at hard labor. Outraged by this injustice, Arthur Conan Doyle, already world renowned as the creator of Sherlock Holmes, used the methods of his most famous character to reinvestigate the case, in hopes of winning Slater's freedom. With "an eye for the telling detail, a forensic sense of evidence and a relish for research" (Wall Street Journal), Margalit Fox revisits this watershed moment when prejudice began to be replaced by reason and the scientific method.