The World As It Is: A Memoir of the Obama White House 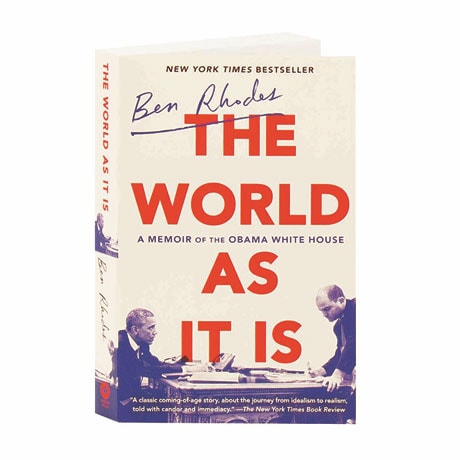 The World As It Is: A Memoir of the Obama White House

For nearly ten years, Ben Rhodes saw almost everything that happened at the center of the Obama administration—first as a speechwriter, and later as a close collaborator. Here he tells the full story of his partnership—and, ultimately, friendship—with a man who also happened to be a historic president of the United States. Rhodes provides a rare look inside the most consequential moments of the Obama presidency—waiting out the bin Laden raid in the Situation Room, responding to the Arab Spring, reaching a nuclear agreement with Iran, and leading secret negotiations with the Cuban government to normalize relations—and an insider's portrait of not only Obama but Susan Rice, Samantha Power, Hillary Clinton, and Bob Gates.