Antarctica's Lost Aviator: The Epic Adventure to Explore the Last Frontier on Earth 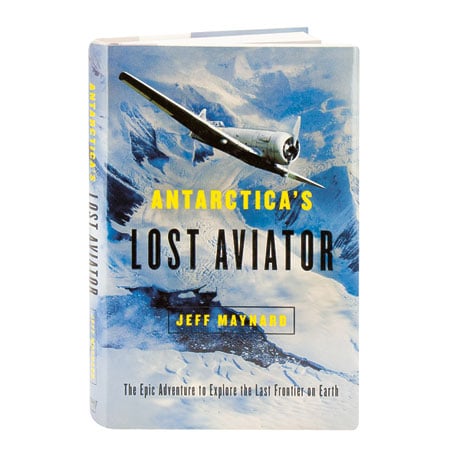 Antarctica's Lost Aviator: The Epic Adventure to Explore the Last Frontier on Earth

By the 1930s, no one had yet crossed Antarctica, and its vast interior remained a mystery frozen in time. Wealthy American Lincoln Ellsworth announced he would fly across the unexplored continent, with the main obstacles being that he didn't like the cold, he avoided physical work, and he couldn't navigate. Hiring the experienced Australian explorer, Sir Hubert Wilkins, to organize the expedition on his behalf, Ellsworth still had his hands full, as competitors plotted to beat him, pilots refused to fly, crews mutinied, and the ship was repeatedly trapped in the ice. Ellsworth's 1935 flight seemed destined for tragedy, but as Jeff Maynard details here, the first crossing of Antarctica was nonetheless achieved by the unlikeliest of heroes.