30-Second Einstein: The 50 Fundamentals of His Work, Life and Legacy, Each Explained in Half a Minute 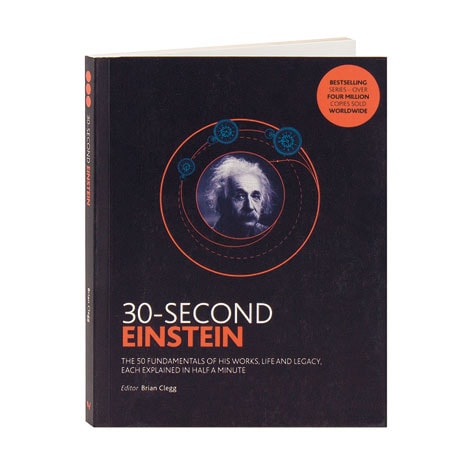 30-Second Einstein: The 50 Fundamentals of His Work, Life and Legacy, Each Explained in Half a Minute

A scientific genius of singular vision, Albert Einstein gave us ideas and theories so revolutionary that he changed the way the universe was understood—on multiple occasions. He was not only a brilliant physicist, he was also a human rights campaigner and a political activist, and this book gives us both his scientific achievements and his extraordinary life in 50 entries, each with a full page illustration and an expert discussion you can read in 30 seconds. The entries also include three-second biographies of related figures and a three-second statement of the topic, along with a "3-Minute Thought" that expands on this statement, describing its consequences or an intriguing point.