The Europeans: Three Lives and the Making of a Cosmopolitan Culture 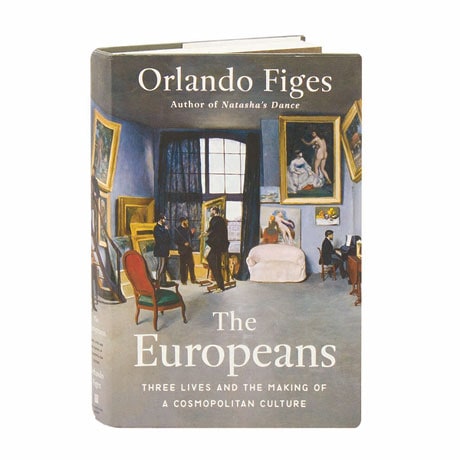 The Europeans: Three Lives and the Making of a Cosmopolitan Culture

The 19th century in Europe was a time of unprecedented artistic achievement, but also of cultural globalization. Here the author of Natasha's Dance examines the interplay of money and art that made this unification possible, focusing on a love triangle: the Russian writer Ivan Turgenev; the Spanish prima donna Pauline Viardot, with whom Turgenev had a long and intimate relationship; and her husband Louis Viardot, an art critic and republican activist. As Orlando Figes details, Turgenev and the Viardots acted as a European cultural exchange—they knew or crossed paths with Delacroix, Berlioz, Chopin, Brahms, Liszt, the Schumanns, Hugo, Flaubert, Dickens, and Dostoyevsky—spreading new ideas in every direction.