Aristotle And An Aardvark Go To Washington: Understanding Political Doublespeak Through Philosophy and Jokes 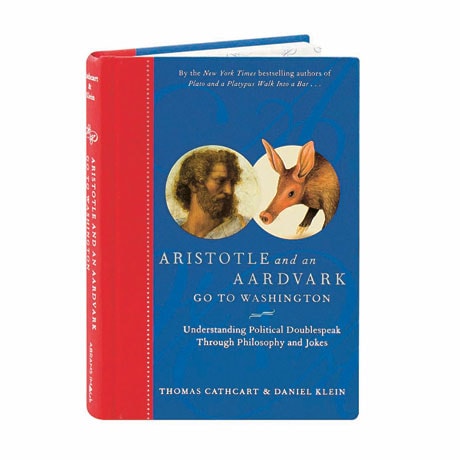 Aristotle And An Aardvark Go To Washington: Understanding Political Doublespeak Through Philosophy and Jokes

Here the brainy wags who brought us Plato and a Platypus Walk Into a Bar again use philosophical jokes and gags to deconstruct the doublespeak and flimflam of Washington's Beltway insiders. Tapping characters from Genghis Khan to Jon Stewart, they discuss the Texas Sharpshooter Fallacy (Shoot first, then draw a target around the bullet hole for a political bull's-eye); the Secret of Weasel Words ("Failure" is just a success that hasn't happened yet!); and the Star Trek Strategy of misleading by creating an alternate universe, where politicians tell the truth—as defined in a galaxy far, far away.