Darkness At Chancellorsville: A Novel of Stonewall Jackson's Triumph and Tragedy 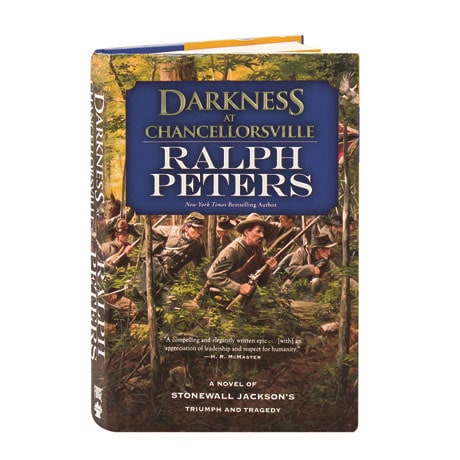 Darkness At Chancellorsville: A Novel of Stonewall Jackson's Triumph and Tragedy

Centered upon one of the most surprising and dramatic battles in American history, this novel re-creates what began as a brilliant, triumphant 1863 campaign for the Union. In this companion to Ralph Peters's Battle Hymn Cycle, Confederate Generals Robert E. Lee and Stonewall Jackson are hoping for the impossible, up against a Yankee force three times the size of their own, while the Northern army is torn by rivalries, anti-immigrant prejudice, and selfish ambition. As he looks toward an invasion of the North—a quest that will end at Gettysburg—Lee will indeed find that victory at Chancellorsville is within his grasp, but it is Jackson who will unexpectedly pay the price for this battle.