How To Get Filthy Rich In Rising Asia: A Novel 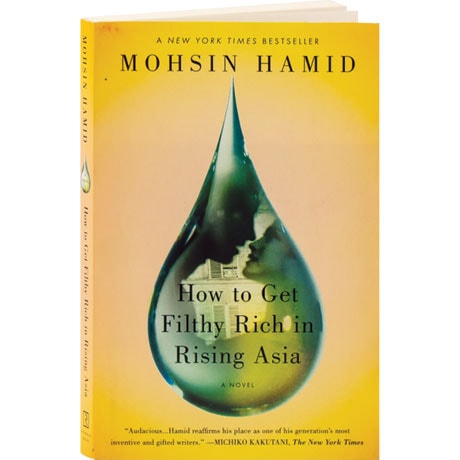 How To Get Filthy Rich In Rising Asia: A Novel

A poor boy from an unnamed country searches for wealth and love in the big city via the bottled water business, in this third novel by Pakistani author Mohsin Hamid, a finalist for the DSC Prize for South Asian Literature and a Notable Book of 2013 in the New York Times and many other publications. As his empire grows, the boy's heart remains set on the pretty girl whose star rises with his, though their lifelong affair is sparked and snuffed time and time again by political and social upheaval.

"A love story and a study of seismic social change. It parodies a get-rich-quick book and gestures to a new direction for the novel, all in prose so pure and purposeful it passes straight through into the bloodstream. It intoxicates."—NYTBR