Light From Other Stars 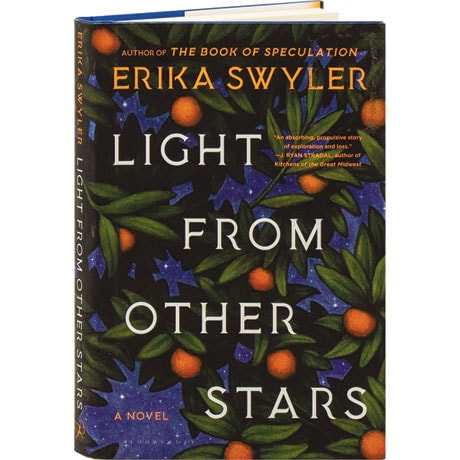 Light From Other Stars

In 1986, 11-year-old Nedda Papas is obsessed with becoming an astronaut, and her dreams seem almost within reach—if she can just grow up fast enough. Theo, the scientist father she idolizes, is consumed by his own obsessions. Laid off from his job at NASA and still reeling from the loss of Nedda's newborn brother several years before, Theo uses an invention that alters the fabric of time to extend his daughter's childhood just a little longer. Decades later, Nedda is traveling aboard the spaceship Chawla, part of a small group hoping to colonize a distant planet. As she and her crewmates face a serious crisis. Nedda may hold the key to the solution, if she can come to terms with her past and the future that awaits her.

"Swyler's beautiful story, told in eloquent prose, induces shivers of wonder. This meditation on time, loss, and the depth of human connection is both melancholy and astonishing."—Publisher's Weekly (starred review)