She Would Be King: A Novel 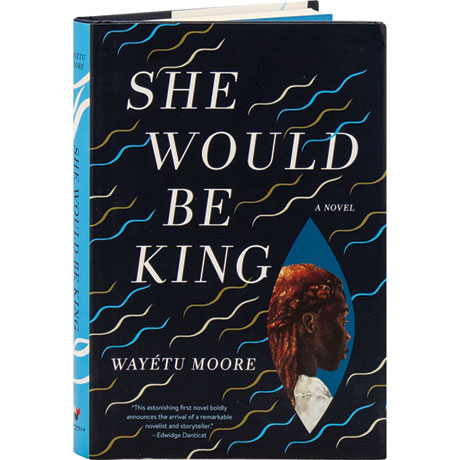 She Would Be King: A Novel

In a West African village, red-haired Gbessa is cursed at birth and later exiled; bitten by a viper and left for dead, she nonetheless survives. On a Virginia plantation, June Dey hides his uncanny strength, until a fight exposes him and he must flee. And in Jamaica, Norman Aragon, son of a British colonist and a Maroon slave, can fade from sight at will, as his mother could. Around these three outcasts, a nation will grow up, in Wayétu Moore's powerful debut novel—a parable of the founding of Liberia, tinged with magic realism.

"[The author] reconsiders the idealism of the early African-American settlers through … universal themes: falling in love, defying familial expectations and the difficulties of doing the right thing."—NYTimes