The Accidental Further Adventures Of The 100-Year-Old Man: A Novel 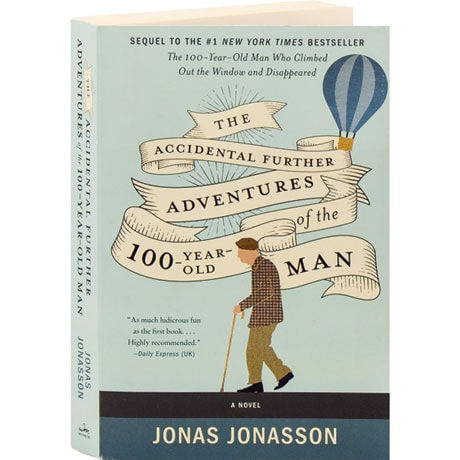 The Accidental Further Adventures Of The 100-Year-Old Man: A Novel

What's next for Allan Karlsson? It turns out that this centenarian has a few more adventures in store, in this sequel to the hugely popular The Hundred-Year-Old Man Who Climbed Out the Window and Disappeared. On a hot-air balloon trip, Allan and his friend Julius are opening a bottle of champagne and hoping for some spectacular views, not much expecting to land in the sea—nor to be rescued by a North Korean ship. Things get even more complicated when it turns out the captain is smuggling a suitcase full of contraband uranium for Kim Jong-un to build nuclear weapons. Allan and Julius are suddenly at the center of a complex diplomatic crisis involving the Swedish foreign minister, Angela Merkel, and Donald Trump.