The Confessions Of Frannie Langton: A Novel 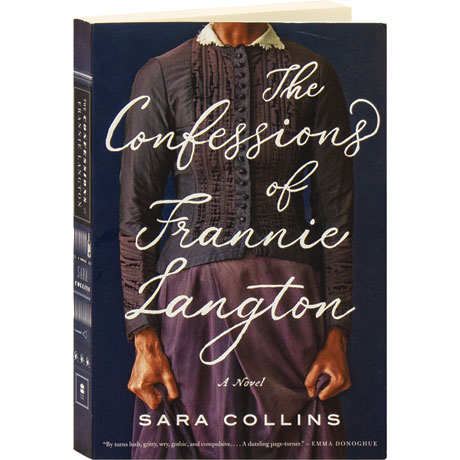 The Confessions Of Frannie Langton: A Novel

Georgian London is scandalized by the case of Frannie Langton, a servant and former slave accused of the brutal double murder of scientist George Benham and his eccentric French wife Marguerite. Frannie claims she cannot recall how she came to be covered in the victims' blood, while other witnesses call her a seductress, a witch, or a master manipulator. But the story Frannie does tell—of her childhood on a Jamaican plantation, her apprenticeship under a debauched scientist, and the events that brought her into the Benhams' home—will unmask the perpetrators of crimes far beyond murder, and indict the whole of English society.

"By turns lush, gritty, wry, gothic and compulsive, [this] is a dazzling page-turner. With as much psychological savvy as righteous wrath, Sara Collins twists together the slave narrative, bildungsroman, love story and crime novel to make something new."—Emma Donoghue