The Italian Teacher: A Novel 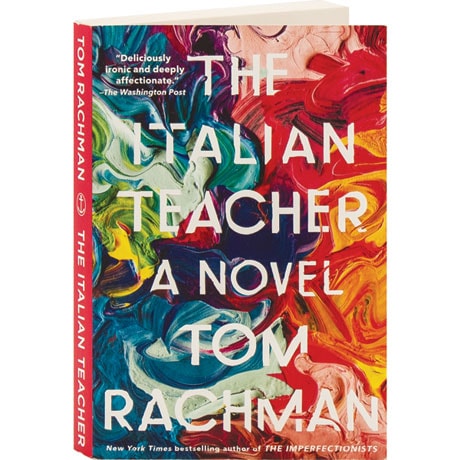 The Italian Teacher: A Novel

Great art and monstrous selfishness were bedmates long before Gauguin or Picasso picked up a brush. In this follow-up to The Imperfectionists, Tom Rachman centers his story not on iconic 20th-century artist and egotist Bear Bavinsky, but on Pinch, the son who worships his father and dwells in his godlike shadow. Yet as Bear ascends to immortality and Pinch's aspirations dwindle, he performs an act of rebellion that leaves its mark on his father's legacy while forging one of his own.

"Rachman … has a deft way of describing atrocious behavior without damning his characters…. His comedy is tempered by a kind of a gentleness that's a salve in these mean times … both deliciously ironic and deeply affectionate."—Washington Post