The Kaiser's Last Kiss: A Novel 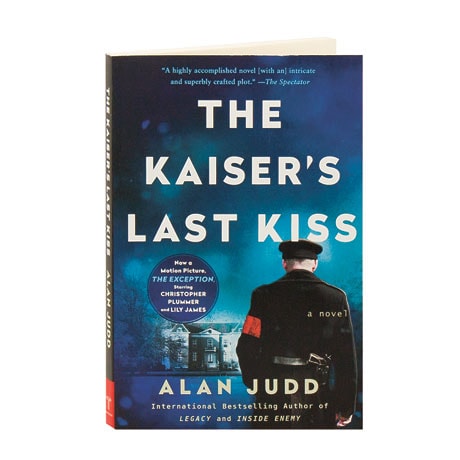 The Kaiser's Last Kiss: A Novel

In his château in the Netherlands, exiled German monarch Kaiser Wilhelm spends his days chopping logs and musing on what might have been. When the Nazis invade Holland, the Kaiser's staff is replaced by SS guards, led by eager young Martin Krebbs, who insinuates himself into the royal household. Ordered to monitor the Kaiser's attitudes toward the Third Reich, Krebbs finds that he admires the formidable old man—and when he meets Akki, a beautiful, mysterious Jewish maid, he begins to doubt his own belief in Nazism. Alan Judd's "crisp, adroit, and subtle tale" (NYTBR) inspired the film The Exception starring Christopher Plummer and Lily James.