The One-Eyed Man: A Novel 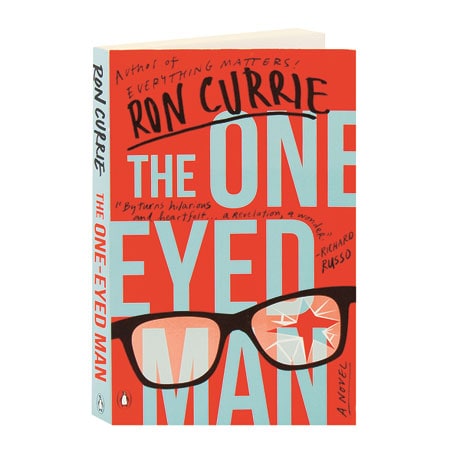 The One-Eyed Man: A Novel

K. is a misunderstood truth teller, and after his wife Sarah dies he embraces not just truth but clarity, infuriating friends and strangers alike. When K. foils a robbery, he becomes a hero and the inadvertent star of a reality show. Together with Claire, a store clerk with a sharp tongue and a yen for celebrity, K. travels the country, ruffling feathers and gaining fame in a blend of politics and entertainment, but finds that America will fight viciously to preserve its self delusions. Variously compared to Kurt Vonnegut and George Saunders, Ron Currie "has created a character for our times…. In these latter days of 'alternative facts,' the idea of someone fearlessly dedicated to total, literal honesty sounds awfully appealing."—Washington Post