Manson In His Own Words: Destroying a Myth: The True Confessions of Charles Manson 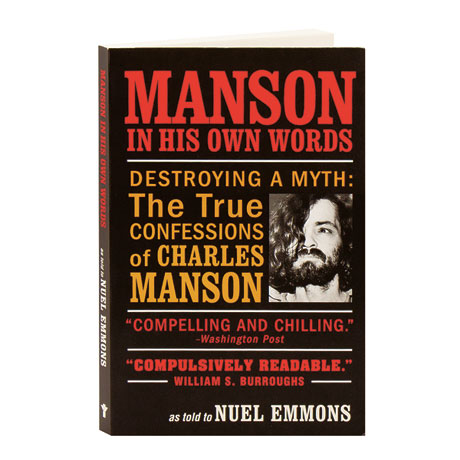 Manson In His Own Words: Destroying a Myth: The True Confessions of Charles Manson

He's been called the devil and the most dangerous man alive. Charles Manson's life and his criminal mind are laid bare in this autobiography, Nuel Emmons's distillation of seven years of interviews and close examinations of his correspondence. Manson details his life and what led to the Tate-LaBianca murders; born in the Depression to an unmarried fifteen-year-old, he grew up in a succession of changing homes and brutal guardians. After being imprisoned as a thief and a pimp, Manson was released in 1967, and found himself in the world of hippies and flower children, where his antiestablishment values were not only accepted, they were glorified.