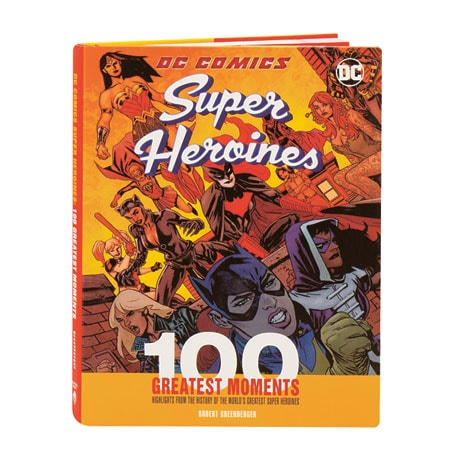 Superheroines have always had it tough, often having to prove themselves to the world and even to their colleagues before they can get down to the business of fighting evil (even if it means crossing the heroine/villainess line). Robert Greenberger—former writer for both Marvel and DC Comics—hosts this impressive visual survey of the hundred greatest moments for superheroines in the DC line, from Suicide Squad puppetmaster Amanda Waller to the magician's daughter Zatanna, searching for her father across multiple DC series. Wonder Woman figures prominently here, with a dozen moments of her own, but so too do Supergirl, Barbara Gordon, Huntress, Lois Lane, Catwoman, Black Canary, and Harley Quinn.