Pale Horse Rider: William Cooper, the Rise of Conspiracy, and the Fall of Trust in America 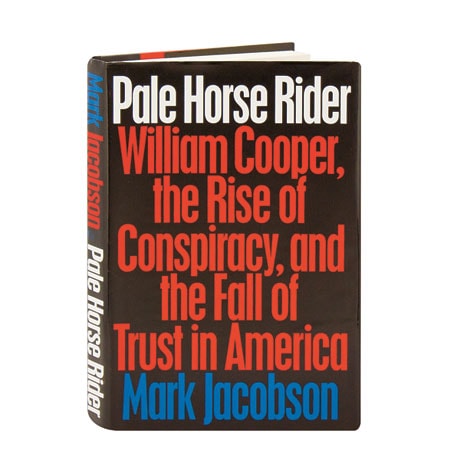 Pale Horse Rider: William Cooper, the Rise of Conspiracy, and the Fall of Trust in America

The concept of "fake news" is nothing new, as proven by Milton William Cooper's 1991 manifesto Behold a Pale Horse, which alleges that JFK was assassinated because he was about to reveal that extraterrestrials were taking over the earth, and that AIDS is a government conspiracy to decrease the population of blacks, Hispanics, and homosexuals. A proponent of militias, Cooper died in a shootout with police in 2001, the year he rightly predicted would bring a disaster. Why have these fringe ideas taken hold, particularly in the prison system? Here Mark Jacobson not only tells the story of Cooper's fascinating life but also provides the social and political context for American paranoia, which has only grown in recent years.