Where Song Began: Australia's Birds and How They Changed the World 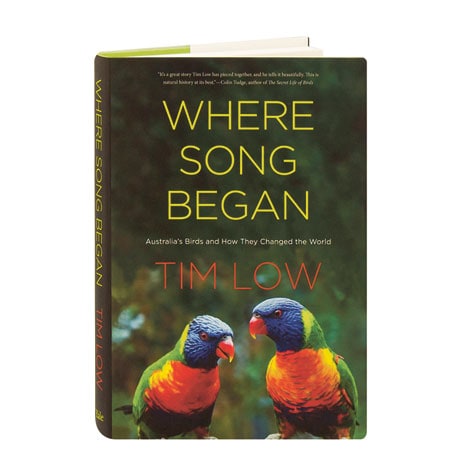 Where Song Began: Australia's Birds and How They Changed the World

From violent, swooping magpies to tool-making cockatoos, Australia's birds are strikingly different from birds of other lands—often more intelligent and aggressive, often larger and longer-lived. In this eye-opening book, Tim Low tells the dynamic but little-known story of how Australia provided the world with songbirds and parrots, why these birds wield surprising ecological power, how the Land Down Under became a major evolutionary center, and why scientific biases have hindered recognition of these discoveries. The story of the birds, Low posits here, is inseparable from the story of the continent itself and also the people who inhabit it.