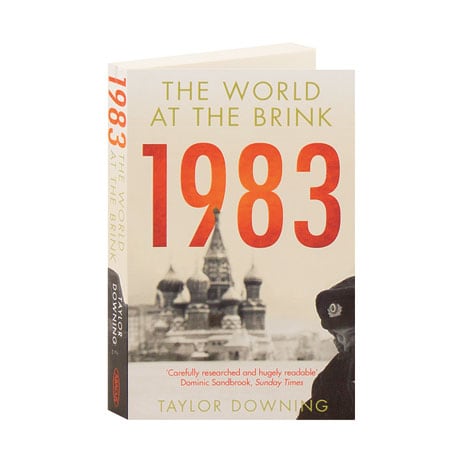 While the Cuban Missile Crisis is considered the most dangerous moment of the Cold War, 1983 was in fact an even more perilous crossroads in U.S.-Soviet relations, posits Taylor Downing. As President Reagan massively increased defense spending and announced his "Star Wars" program, Soviet leader Yuri Andropov saw this as an act of aggression, putting the KGB on alert to look for signs of an imminent nuclear attack. Sifting through hundreds of newly declassified documents, Downing tells the story of how a Soviet fighter mistakenly downing Korean Air Lines flight KAL 007 and the Russians' belief that the NATO war game called Able Archer 83 was an actual attack brought the world to the brink of nuclear war.