Catch And Kill: Lies, Spies, and a Conspiracy to Protect Predators 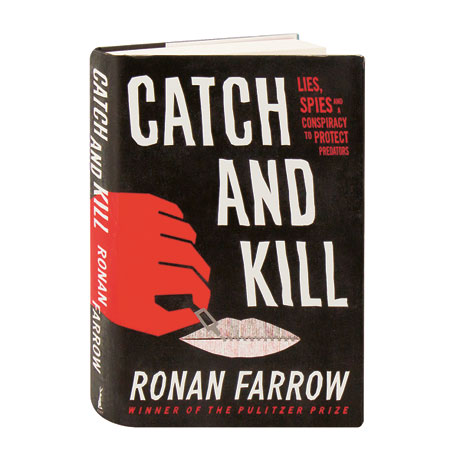 Catch And Kill: Lies, Spies, and a Conspiracy to Protect Predators

In 2017, a routine television news investigation led Ronan Farrow to a story only whispered about: Hollywood producer Harvey Weinstein was a sexual predator, protected by fear, wealth, and a conspiracy of silence. As Farrow got closer to the truth, shadowy operatives from high-priced lawyers to war-hardened spies mounted a campaign of intimidation, following his every move, threatening his career, and weaponizing an account of abuse in his own family. Here Farrow expands on his Pulitzer Prize winning reportage in the New York Times, recounting more fully how his life became a spy thriller, and paying tribute to the women who risked everything to expose the truth and spark the #MeToo movement.