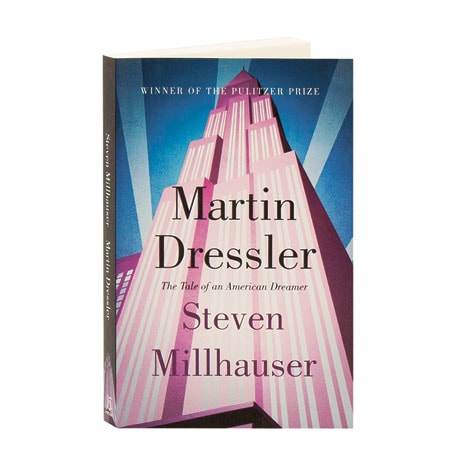 This novel about a visionary entrepreneur in late 19th century New York City won the 1997 Pulitzer Prize for Steven Millhauser—recognition long overdue. Young Martin Dressler starts out in his father's cigar store, and the course of his restless coming of age takes him on an eventful rise to the top, accompanied by two sisters—one a dreamlike shadow, the other a worldly business partner. Martin develops a bolder vision, culminating in the extravagant Grand Cosmo Hotel, while he increasingly walks the line between fantasy and reality, art and industry, ambition and madness.

"This wonderful, wonder-full book is a fable and phantasmagoria of the sources of our [20th] century. Mr. Millhauser possesses a bountiful imagination, and an ability to catch his perceptions in a bright butterfly net of prose."—NYTBR