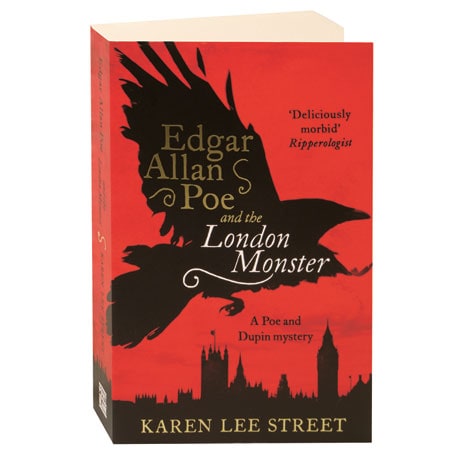 When Edgar Allan Poe sails to London in 1840 to meet his friend C. Auguste Dupin, he hopes that the great detective will help him solve a family mystery. The author has inherited a mahogany box containing a collection of letters allegedly written by his grandparents, Elizabeth and Henry Arnold, actors who struggled to make a living on the London stage. The letters suggest that the couple was menacing well-to-do young women at night, and while Poe hopes to prove the missives forgeries, Dupin thinks that there's more to this story. Soon Poe is being stalked by someone who knows far more about his grandparents than he does, and then he remembers attacks made upon him as a child in London. Could the perpetrators be connected?