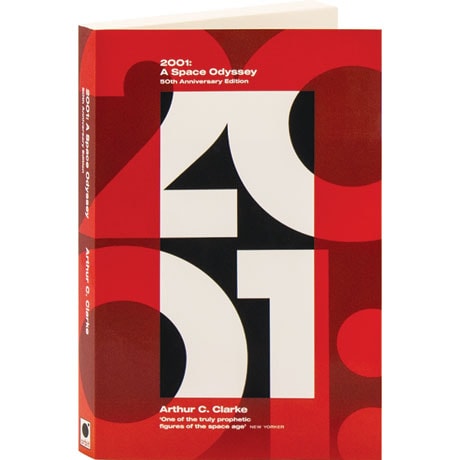 The discovery of a featureless black monolith on our moon leads to a manned expedition to Jupiter, in the hope of establishing contact with an alien intelligence. Yet long before the crew can reach their destination, the voyage unravels in disaster, leading to a struggle for survival—and an unexpected gateway to an unimaginable future. Written when landing on the moon was still a dream, and simultaneously made into one of the most influential science fiction films ever produced, Arthur Clarke's 1968 novel is a prophetic, timeless tale about mankind's place in the universe.

"Arthur C. Clarke is awesomely informed about physics and astronomy, and blessed with one of the most astounding imaginations ever encountered in print."—NYTimes