Farthest Field: An Indian Story of the Second World War 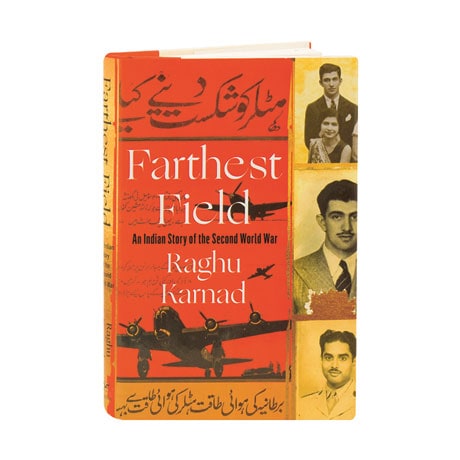 Farthest Field: An Indian Story of the Second World War

The years 1939-45 are the most revered, deplored, and replayed in modern history, yet India's extraordinary role has been concealed, from itself and from the world. At his grandmother's house, Raghu Karnad grew up seeing a photo of three Indian soldiers, and in time he decided to uncover their mystery. Manek, dashing and confident, was a pilot with India's fledgling air force; gentle Ganny became an army doctor in the arid North-West Frontier; and Bobby's service would carry him as far as the deserts of Iraq and the Burma battlefront. In riveting prose, Karnad retrieves the story of a single family—a story of love, rebellion, loyalty, and uncertainty—and with it, the greater revelation that is India's World War II.

"I have not lately read a finer book than this—on any subject at all.... A masterpiece."—Simon Winchester