Murder In Plain English: From Manifestos to Memes—Looking at Murder Through the Words of Killers 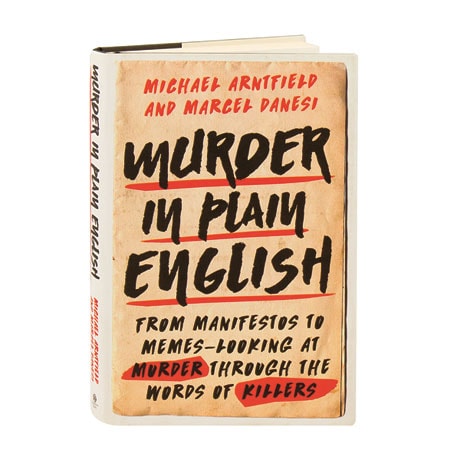 Murder In Plain English: From Manifestos to Memes—Looking at Murder Through the Words of Killers

Murderers perceive their crimes as stories and a select few are compelled to commit these stories to writing before, during, or after their horrific acts. Delving into this darkly fascinating genre, criminologist Michael Arntfield and anthropologist Marcel Danesi use linguistic patterning, predictive modeling, and symbolic interpretation, to make sense of the screeds of everyone from the Son of Sam and the Zodiac Killer to the Columbine attackers and the Unabomber. Here too is an examination of literature that has shed light on such crimes, including the Greek tragedians, Truman Capote, and Making a Murderer.